×
Go to content
Facts or stories?
Many stories have been told about Focșani city as well as other locations scatered around the county.
How we use to say that every storie has a hidden truth, who knows if the story represents a fact or just a simple story? 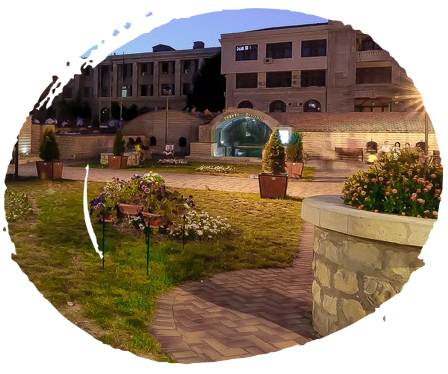 Focșani city having a considerable age and also being for a long perioad of time a customs city, means that there are evidence to support this.
Among this things there are archaelogical sites as well ruins/tunnels that were found by chance.
The tunnels are considered to have been used to transport smuggled goods between the two countries, Modavia - Wallachia. Especially the wine, merchandise with a special history in the town on Milcov.
The works executed after the 1977 earthquake for the construction of the new blocks of flats revealed a different kind of Focșani. An underground one, with catacombs hundreds of meters long, used to keep goods and, why not, people out of the eyes of the world or the authorities. Unfortunately, the underground city was destroyed in part by the communists, because they wanted at all costs to take socialism "to the heights of glory"… The tunnels and cellars that hide under today's Focșani speak of the origin and foundation of the city. Worryingly, most of the evidence of an underground civilization has been mercilessly plugged, and its entrance or exit has been forgotten. The only ones who have protected the ancient history of Focșani are a few owners of bars or restaurants, who have preserved them to give consumers a special atmosphere. Few still know where the tunnels or cellars in the old Focşani are, and most of them speak from hearsay.

Focsani is a blessed city, with a history to match. As a result of the merging of the villages Stăieşti and Brătuleşti, located on the border, the settlement with the name Focşani is documented in a merchant's office in Brașov, in 1456, and in a document signed by the ruler of Wallachia, Alexandru Vodă, in 1575. For hundreds of years, Focșani was an important commercial and military point. Today it is a county seat municipality. The underground city is furrowed by tunnels and cellars that meet in certain places, but no one knows exactly where. But history demands its right to be discovered and exploited. Brăilei Street recently revealed the arch of an underground tunnel, and in front of the Zimbru Restaurant the asphalt sank overnight. "I entered such a tunnel when working on the water and sewerage installations. The tunnel started in front of Unirea College and went to the former Customs of Focsani. I walked through it a few meters, after which I realized that I could not breathe and I came back ", states a former teacher. The administrator of the Unirea National College did not allow us access to the tunnels. "Below is a warehouse where there is a large disused fuel oil boiler. There is no way out ", this was his answer. Currently, in Focșani there is no place to allow access to an underground tunnel or large cellars. All entrances and exits were blocked and, moreover, some buildings or roads were built. There are two other places in Focșani where the city proves its quality as a former commercial hub. The first is under a bar in Focșani, on George Coşbuc Street, where a disco was set up, but due to the humidity, the entrance to the tunnel was lined with wood. The second one is in Tăbăcari Street. Here you can clearly see the branches that came out of the tunnel, but the end is concrete. Here, too, a Turkish restaurant is being set up. The cellar belonged to Vasile Nistor's house and was built by the Popescu family, at the end of the 19th century, on two levels, being well preserved and with vents. The vault of the cellar is in circular arches, and the walls are made of small bricks. The cellar is 10 meters long, three meters wide, three meters high and has a volume of 90 cubic meters. This could house 23 people in exceptional cases.

Valter Popescu has been working at ENET for more than 30 years and says that throughout his career he has not encountered too many places where Focșani can turn pages of history. "The only place where I found an underground tunnel was between the Theater and the former Prefecture. Our pipes broke then and we needed quick intervention. The entrance hole was blocked with earth ", Valter Popescu told us. Another person named Jenică Lazăr knows, from hearsay, that there are such tunnels, but he knows exactly only the bunkers and the outlets in the Unirii Square area. "I have heard that there are such tunnels, but I have not found any so far. I once entered a tunnel, but it was very narrow, you could go into it normal, only crowling. The mayor claims that the only place where he found such "underground mysteries" is where the Milcov Store is now located. "When it was being built the Milcov Store, I found a tunnel about 2 meters high and about 25 meters long. Otherwise, I don't know if there are tunnels under Focșani. If someone has a map of them, I am waiting for them at the mayor's office and if the tunnels are identified, we will surely take into account their promotion ".

Too little is left of such a large dowry
I talked about the secrets of the city on Milcov with the economist Vasile Vîlcu, former director of the Commercial Department of Vrancea County. He is now just over 80 years old and knows best where and why the underground fortifications were built. Some he told us about, others he preferred not to remember. He also found the perfect excuse not to do so. "From an early age, my mind is like a child," he whispers. Focșani was the trade hub on the Silk Road, between Asia and Central Europe. Products were exchanged here, such as cotton, mohair, spices, cinnamon, cloves, pepper, myrrh, and more. Also in Focșani there was trade in furs, clothes, collars, hats or leather shoes. From here, the merchants bought wine over 100 years old, bottled in black glass, with a wax stopper and tow, which was stored in cellars with a constant humidity and temperature. All these goods that transited the Stăiești Fair had to be stored in a safe place, protected from thieves, or transported through safe places, so that the cellars appeared. Another reason why Focșani is located in an underground city would be that through these tunnels there was an illegal trade in alcohol, between Moldova and Muntenia. In this way, people avoided the border tax imposed between the two countries. Once upon a time, Milcovul, which separated Moldova from Wallachia, entered Focșani at the train station, passed the CFR Travel Agency, under the County Council, the Prefecture and the current Romarta Store and left the city in the area of ​​Brăila Street. On either side of the river were overlapping tunnels 4.6 meters high and 3.6 meters wide, lined with river slabs and tied with clay, brought from the Ireşti area today. The reason the tunnels were double is related to increased safety. The first was empty, the goods being stored in the second. Four such mainstream tunnels pass under the city of Focșani. The first one starts next to the Southern Cemetery and reaches the back of the CEC in Unirii Square. The second leaves the Station area and arrives at the CFR Travel Agency. The third one leaves the Unirii Square area, passes under the Zimbru Restaurant and closes at the former terracotta factory, in Mărăşeşti Street, and the fourth one also leaves Unirii Square and closes in the Bahne District, in the Panduri Street area. These tunnels had branches all over the city and, over time, were used for wine storage and even for cultivating mushrooms by the Consumer Cooperative. "Some of them are still used with small arrangements, because they have deteriorated over time.
15,000 inhabitants can take shelter under Focșani
The custodian of the study room of the Vrancea County Directorate of State Archives, Florin Dîrdală, studied several documents that strengthened his suspicion that under Focșani there is an underground city, partly destroyed by the communists. "... On the place where the Unirea hotel is today, there was a huge cellar, which the work teams blew up with dynamite, because they failed to demolish it. A tunnel was also found during the construction of the Zimbru complex. Also, in front of the former "Domnească" church, located on the site of today's Pharmacy 24, 6 cellars were discovered, each with a length of 12 m, a width of 8 m and a height of 2.80 m. They communicated with each other and with the outside through a gangway ”. Both the "Cuza" College and the People's Athenaeum were built on cellars, although detailed research has not been done to unravel the mystery. Decades ago, in case of need, the catacombs under Focșani could accommodate 15 thousand people. "The city was, it seems, also full of cellars which, according to a correspondence between the City Hall of Focșani and the Putna County Recruitment Circle, in 1934, numbered about 280 rooms. What determined the Recruitment Circle to be able to request such evidence? Nothing easier. The Superior Commission of Passive Defense of Romania requested since 1933, the elaboration by the competent bodies from all over the country of the passive defense regulations which provided, among others, the obligatory indication of the number, dimensions and places where the underground shelters from the whole country are located. whatever they are. Moreover, maps of the cities were drawn up, in which these underground places were marked with dots of various colors, depending on their ability to accommodate a certain number of people when needed. The papers of the time also calculated the number of people who will be able to take refuge in these shelters, within the city of Focșani being possible to protect approximately 15,000 inhabitants, the employee of the National Archives have stated.
Most shelters were located on Brăilei Street in number of 25, 24 cellars were located on Union Street, 18 on Cuza Vodă Street, 18 on Carol I Street (today Union Blvd.), 10 on I.C. Brătianu Street (today Republicii) , 9 on Grigore Bălănescu street, today Oituz street, 7 on Regina Elisabeta street, today partially Independenţei street, 7 on Sublocotenent Madgearu street, today partially Argeş street and 8 on Vrancei street.
The rest of the shelters were scattered throughout the city.
In these times when financial insurance takes the place of anything, even culture, few are those who show interest in restoring, promoting and exploiting a deeply buried treasure ... 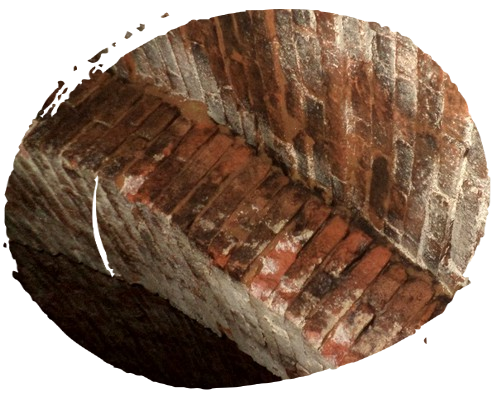 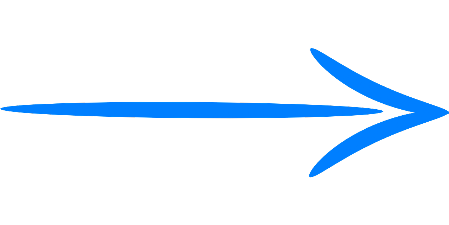 Reach out
If you want, you can contact me by accessing the section below. Maybe you have a different opinion or new information, I am at your disposal.
CONTACT >
Back to content